A manorial corn mill has existed on or close to the present site of Heron Corn Mill since the 1096. Indeed, some Saxon place names suggest that this part of South Westmorland was used to cultivate corn well before that. In 1220 the Lord of the Manor gave the monks of St Marie’s York the right to grind their grain at the mill; and we know from surviving records that by the 15th century, it was one of forty watermills in existence in the district.

Through landowners’ wills and inheritances, the mill at Beetham was handed down within the manor of Haverbrack (then spelled Haverbreke), until it became known as “Heron Mill” in 1608. It was so-named because a mile north of its present site, there existed a heronry. 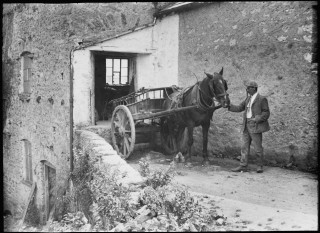 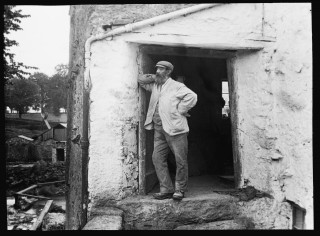 The present mill was built in 1740. It was one of two watermills at Beetham – one on each side the river – and the water rights were divided between them. By 1788, the mill opposite Heron Corn Mill had become a paper mill; it remains so to this day.

During the decade after the First World War, many mills converted from milling flour for human consumption, to milling animal feed. By 1927, Heron Mill was grinding only cattle feed for the Lancaster firm of W & J Pye. It continued grinding oats for animal feed until it closed in 1958, bringing to an end 900 years of commercial corn milling at Beetham.

Once the mill closed, its ownership returned the Dallam Estate and the buildings were turned over to agricultural storage, and even used as a hen house. Subsequently, it was bought by Henry Cooke Ltd – owners of the paper mill opposite – who formed Beetham Trust, a charity whose enthusiastic members began the considerable task of restoring the mill and its machinery. Their dedicated work came to fruition when Princess Alexandra opened it to the public in 1975.

Notice: Trying to get property 'data' of non-object in /home/sites/8b/f/fcde73e57f/public_html/wp-content/plugins/feed-them-social/feeds/facebook/class-fts-facebook-feed.php on line 1821

Warning: Invalid argument supplied for foreach() in /home/sites/8b/f/fcde73e57f/public_html/wp-content/plugins/feed-them-social/feeds/facebook/class-fts-facebook-feed.php on line 1821

Notice: Trying to get property 'data' of non-object in /home/sites/8b/f/fcde73e57f/public_html/wp-content/plugins/feed-them-social/feeds/facebook/class-fts-facebook-feed.php on line 662

Warning: Invalid argument supplied for foreach() in /home/sites/8b/f/fcde73e57f/public_html/wp-content/plugins/feed-them-social/feeds/facebook/class-fts-facebook-feed.php on line 662

Notice: Trying to get property 'data' of non-object in /home/sites/8b/f/fcde73e57f/public_html/wp-content/plugins/feed-them-social/feeds/facebook/class-fts-facebook-feed.php on line 673

Warning: Invalid argument supplied for foreach() in /home/sites/8b/f/fcde73e57f/public_html/wp-content/plugins/feed-them-social/feeds/facebook/class-fts-facebook-feed.php on line 673 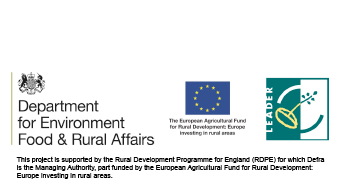